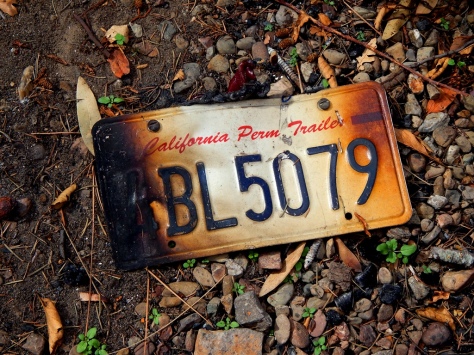 Plotting my novel I set a date in September 2015 to attend the dirt oval races at the Calistoga Fairgrounds. The motorcycle races were canceled and the fairgrounds instead were transformed into an emergency evacuation shelter for the victims of the Valley Fire. On September 12, 2015 the fire erupted burning 70 thousand acres, destroying 1955 structures and killing 4.

The outline to my novel changed from the Napa County Board of Supervisors and the political machine funded by Big Agriculture to wildfires and the impact climate change was having America’s premier wine growing regions. 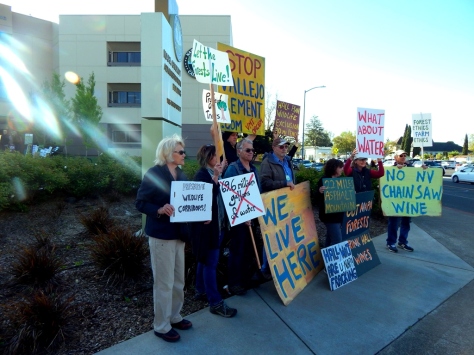 Bedrock of Civilization… An Engaged Citizen

I completed the outline and in November 2015 began the first draft of the manuscript. At the same time the County Board of Supervisors and Planning Commission for Napa County was facing increasing pressure to roll back approvals for further expansion. Nearly 100,000 oak trees had been slated for removal to make way for three new hillside developments. Real estate prices continued spiraling higher. American and international oligarchs had turned their attentions to Napa and opened their checkbooks. The citizens were no match for the well funded international consortium of investors and agents that had descended upon the valley to pick over what few parcels remained. Protest was listened to and then ignored. The industry would not be stopped.

After five years of persistent drought Sacramento’s state legislator finally muscled through a new water meter law. In the next two decades we’d finally know how much groundwater was being pumped from the wells across the state.

I continued writing my fictional account while real world events leaped beyond what I might have imagined. Trump is elected. The United States withdraws from the Paris Climate Accord. Voter suppression visits Napa County. An initiative is disallowed placement on the ballot for November’s election. Suspicious behaviors and curious interlocking interests between judges, county officials and most powerful winegrowers in the county derail the citizens efforts to protect the county’s natural resources.

I continue writing a novel focused on the local business and political players unchecked expansion up into the hillsides. By now the draft is nearing completion. It is the summer of 2017 some 8 months later. Hurricanes Harvey, Irma and Maria devastate everything in their paths.

We have an apartment in the Los Angeles Arts District. For a post Labor Day getaway weekend we go to Ojai in Ventura County. We hike three trails over three different days. The week after the Northern California Firestorm burns 245 thousand acres, kills 44, hospitalizes 185, and destroys 8900 structures.

Things Not to Do During Fire Season

My wife and I decide hiking in fire steep fire prone canyons might no longer be a safe or smart activity. We rethink the defensible perimeters of our two Northern California homes.

Activists in Napa County after evacuating Calistoga return. The hillsides of what are identified as wildfire zones, has altered the politics of the well funded possible. Everyone and everything was under reconsideration.

By strange quirk of coincidence while the state’s drought had been broken there remained one length of coastline south of Santa Maria and north of Oxnard that the storms had passed by. Maybe next year, the fire season was winding down, it was the end of the year crews had finished their work and disbursed back across the landscape.

I missed my deadline. I’d hoped to bring the novel to a close by November of 2017. I still had the last chapter to complete.

Pleading for the Powerful and Connected to Help

Then, on December 4th a fire broke out 48 miles east of Santa Barbara. A month later a fire that had started in Santa Paula burned through 281 thousand acres and before finally being brought under control menaced the city of Santa Barbara and wrought untold destruction to Montecito.

The novel I had outlined in 2015 was completed by the end of 2017. My editor and I finished our developmental and copy edits. I sent the manuscript out to my trusted core of preview readers prior to sending it out to acquisition editors.

There were problems, many problems, my fourth novel was not ready for prime time.

I was preparing the sailboat in San Francisco for this summers roundtrip to Santa Catalina Island. I am in the midst of this seasons sailing now. There wasn’t sufficient time to prepare the boat and repair the manuscript. By February the decision was made. Put the novel in a drawer.

In the last two weeks I finally opened the drawer. I’ve not written a word. I am reading.

Initially I’d imagined a pastoral piece, spiced and drenched in culinary cleverness. A sendup to our foodie’s in Northern California. I’d accommodated the ongoing drought and hadn’t anticipated the relentless wildfires.

My story describes the fictional fate of just 2500 acres, a place the size of two and a half Golden Gate Parks. The Valley Fire, Northern California Firestorm, Thomas Fire, Carr Fire and Mendocino Complex Fire together describe an area of very near one million acres.

A Passage Only Half Complete

We are in the midst of the hottest week of the summer in Los Angeles in a world that is breaking records for the hottest summer ever in Europe. My characters in my novel are ordinary. They care about the world they live in but the written characters possess no tangible influence on the levers located at the seat of power in the county government offices. Keeping pace with the changing climate, trying to make sense of the chaos back in our nations capital, trying to explain the threats pressing down on one small wine growing region in all the world has somehow and in most all ways been touched by the out of control global forces. Humanity and the uncontrollable nature of wildfire are this seasons outsized forces pleading with us to wake up and change. Whether we like it or not, whether we want to or not, changing the way we organize ourselves on this fragile planet is coming. I’m writing about that change now.