Dom and Jane live in Wooloweyah, Australia. I booted my Google Earth program and took a look.

Dom elects to put as much distance between the world’s troubles and his home as space will allow.

Yamba, the nearest town is a tourist destination located just north of Dom’s village. I’ve known Dom for his work as a street act. He’s moved on from vaudeville style street shows into music.

Dom now prefers the easy rhythms of music to the comic timed one-liners. Belting out those punch lines can test the diaphragm and weary the vocal chords.

Sitting back and allowing the music to pull folk in is preferable to leaning against the flow and trying to stop the world in its tracks. Street energy is dynamic. The street show is executed by force of will. Will is often mind, and mind is more often than not wit, and wit is what we can say about the present moment that rings true.

The most truthful thing to be said about this last truth is that it isn’t always true, but it is more true than not, and demands a performers most strenuous effort. A street show is always a trial by jury.

I’ve had the privilege of the company of some of Hollywood and Broadway’s most celebrated talents. One Christmas with Bea Arthur, dinners with Bill T Jones, out for drinks with Norman Mailer, backstage with Leon Redbone, Chris LeDoux, and Stan Getz.

Leon Redbone in case you might wonder is a charming and generous man. He was always playing another odd tune on his portable, always eager to ask me to listen, tell him what I thought.

Packing up and loading out and jumping to the next date Mr. Redbone lamented that all he really wanted to do was wrap up the tour go home and garden.

Moments are driven not just by the times we live in, but by the simplicity our souls seek. Fame and fortune have little currency in this realm. This is the place where our pristine parts of self are allowed space to influence our most authentic choices, a moment when we choose non-action, non-doing. It is restoration, it is revelation. It is home. 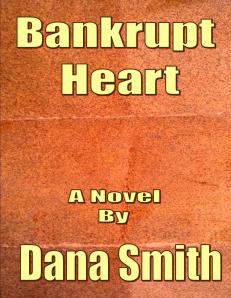 Available for the handsome price of $1.00 at Amazon: