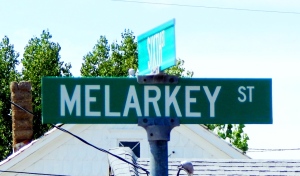 Scotland, Quebec and the Catalan want out. What’s this all about? Where’s everybody going? It seems simple enough. The elite; and that includes the banks and politicians that they buy and exchange favors with have made a complete hash of the political scene in each of their countries.

David Cameron has put a joke hold on the entire country with his ultra conservative tax cutting, union bashing and privatization obsessions. The City of London and the merry band of thieves that have gathered there, a sort of financial devil’s version of the Vatican, continue to rape and pillage what is left of fair and square capitalism.

Once Franco fell from power and the elite there opted into the European Union it wasn’t long before the syphon inserted into the economy of Spain turned the promise into a quagmire of broken promises. The Catalan region is the wealthiest region and they’re disgusted with the national congress. They know that they could set a more effective policy, restrain the Euro-zone from inflicting further austerity upon an otherwise flourishing region of the world.

Say what you will about Quebec, but they have no dog in the hard rights hijacking of the national discourse. They are not corporate sympathizers. Quebec leans with a sly French accented leftward view of economic and social life.

In every case it is the corporatists, the extractors, rent seekers that have bungled the opportunity to form a more perfect union in search of profits. It might be one thing if they were sharing their profits. Of course instead they spend lavishly on lobbyists and politicians who attack worker’s wages and benefits all the while fattening their clients accounts.

Our blundering into the mess in Ukraine was simply Wall Street and the City of London deciding they wanted in on that countries action and if it meant catching the USA and NATO wrong footed when the punk Putin spoiled their planned plundering so be it.

This would all sound bizarre and too farfetched were it not for the fact that even the Chinese billionaires now hide their money with the rest of the scoundrels in the Cayman Islands. Cronyism has gone mainstream. Capitalism has taken a back seat to corporatism, and the good and decent citizens of many countries no longer wish to remain supplicant to the looting and plundering.

What I think is happening is that intuition suggests that governance if held closer, and legislators were forced to rule over a more well regulated kingdom that the people of these regions might find they have a voice in such matters.

As it sits right now the elite are making a complete hash out of things. It is why many wish to say goodbye and “don’t let that door hit you where the good lord split you.”

Where the Elite Don’t Live…