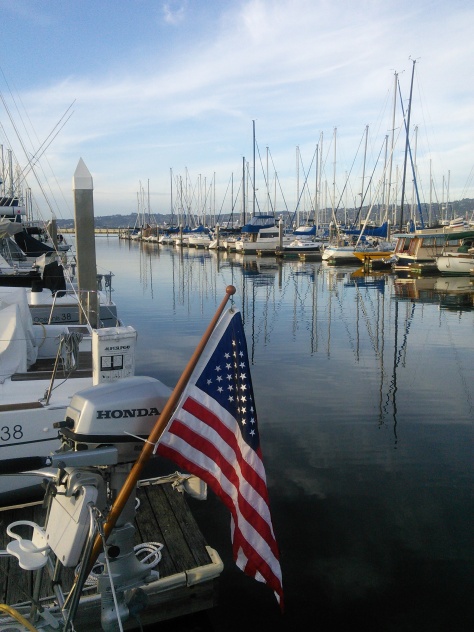 Neighborhoods  of our Minds

I listen to Marc Maron’s podcast WTF. Julia Louis-Dreyfus was on his April 20th episode. Veep is her now, Seinfeld her then, Second City was in the way back, and SNL was shoehorned in the credits as well.

Marc and Julia talk of many things. What begins stiff soon gets loose.

Then, the most interesting moment in their conversation unfolds. It is a topic of interest to my long list of friends and coworkers that I have shared life with in San Francisco.

Marc and Julia bantered about how dull and soulless NYC has become. Where once there was grit, drugs, muggings, a certain seediness. There is now a monoculture. It is a place to live for those with the means to afford the place. The expensiveness has chased away the up and coming new break out artists. Instead it is filled with gawking tourists. There is Wall Street, the internationally stupendously wealthy, real estate moguls, and then as we descend from the lofty heights lesser players who come with their meager millions and pretend to be something they are not.

Julia has been a leading actress on television for twenty plus years and she can’t afford New York City. That’s probably a state of mind, but it speaks.

Here in Oakland, next to Emeryville where I live reside the remnants of a once sizable cohort of artists I shared San Francisco with. My wife and I left San Francisco in 2009. We might have stayed but other plotting and planning pulled us to new projects. Then, as the Great Recession rolled on, then the staggering increase in the dot com boom hit, then the jump in real estate prices, then next the exponential increase of the exodus, until San Francisco is as hollowed out as New York City, as London, as as as…. Sydney.

Street performing always has relied upon a steady stream of pedestrians to work. Better yet a steady stream of people, common ordinary run of the mill working people out for a bit of a jaunt. That audience has been interrupted and the connected and wealthy don’t trifle with such diversions much and when they do they’d be hard pressed to relate. How can their tossing a fiver into a hat move a needle?

Once New York, Boston, and San Francisco were filled to the brim with such citizens. Our run up in asset prices, of stocks and bonds, homes and condos, has gutted the whole urban project.

Contrarian’s may choose to disagree, you can still hang with fewer scheckles on Capital Hill in Seattle. Plenty of urban artistry overflows in Oakland. But, something has been diminished. Some emptiness has set in. As they say it is lonely at the top, and our best cities chilly winds have altered the sidewalks we use to find our soul.