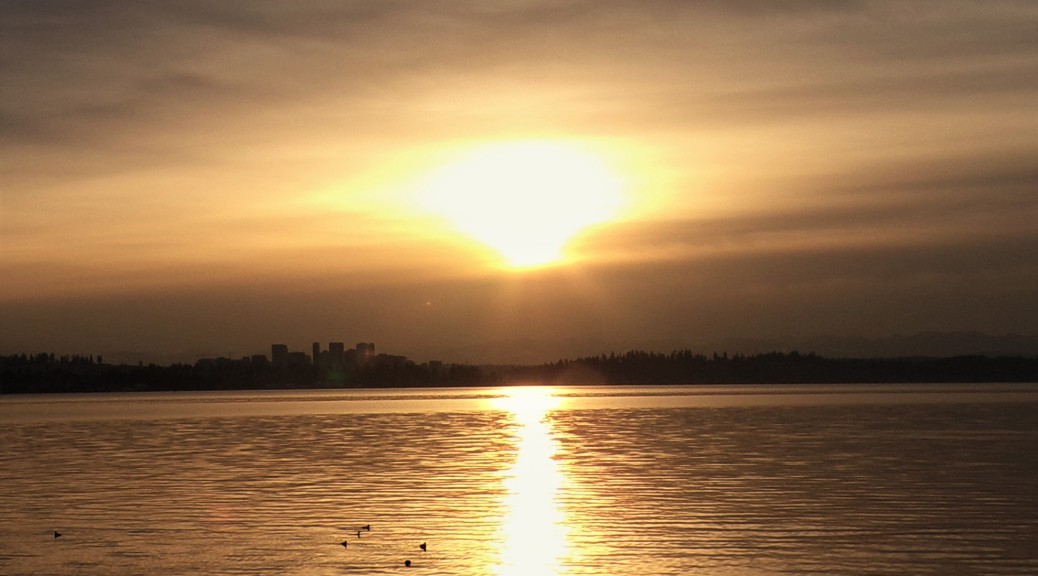 Irrigation water isn’t available in Southern Oregon this year. Klamath County’s farmers rolled the meteorological dice and won a drought. On the California side of the border on the easternmost edge of Siskiyou County matters are the same. Each state operates under a different set of rules, then you layer in the federal government and the mashup leads to farmers and ranchers using heads on pikes rhetoric.

The Klamath River flows west to Del Norte County where the last drops empty into the Pacific. As is true of every river along the west coast of North America migratory fish, (salmon and steelhead) enter and exit the rivers to reproduce and return to the ocean. Been here doing this thing for 5 million years, that’s all, what’s not to like, what’s the problem, “what in the hell do those fish have to do with my hayfield here in Klamath Falls?”

At the mouth of the river on the California coast the indigenous Yurok tribe and their ancestors have lived off salmon for many thousands of years. It is worth understanding that North American’s have been here 17,000 years before present, (in spite of Rick Santorum’s Christianity centric eruptions) and science suspects longer, many thousands of years, but science can’t prove it yet so they can’t say it until the facts are proven, but we can speculate because evidence is mounting that our first people have been on this continent for much longer than we know. May I tempt you with the possibility of 24 thousand year, likely even longer. So, yes the Yurok are important stakeholders and deserve recognition to what does and doesn’t happen on the Klamath. The courts agree.

Rural life along the Klamath’s easternmost region, on the east slope of the Siskiyou and Cascade Mountain’s was already drier and hotter in summers and colder and impossible to farm in winters, and now it’s only getting that much more difficult ground to work. Evaporation rates are up, and soil moisture is down. The drought only makes matters that much worse. Drought will beat the hope out of a tribal rug without using a broom. You want heartbreak? I’ll show you a roadhouse, two-steppers and beat up pickup trucks waiting to be repossessed in the hard times parking lot near the end of your best hopes for a better life.

I’ve been pouring over Klamath and Siskiyou County commodity reports. There are about 7000 acres of potatoes planted as compared to 75,000 acres of alfalfa and hay grass. There are another 8000 acres planted with vegetable crops as compared to another 75,000 acres used for livestock. All in with everything that is agriculture and ranching this two state region cultivates if there is enough water the land under production tally’s up to about 210,000 acres, and most of it goes for livestock production.

Monterey County by comparison farms 400,000 acres. Monterey’s commodities are almost all destined for your kitchen table and almost none for livestock. Think of the region between Salinas to King City as America’s salad bowl. Everywhere you look there are farmworkers hunched over in fields cultivating and harvesting what America eats. The mild climate means Monterey County has a longer more productive growing season. More important is that this is a diverse population not a bunch of angry entitled white Americans riding around on tractors with placards denouncing the government.

Problems, you want problems, I’ll give you problems, there was never enough water up in the Klamath Basin, not now, not ever, never mind all that, plenty before us pretended otherwise and here we are, a bunch of stinking quarreling for a fight farmer’s that can’t afford a used new tire, prom dress for their kid, or a billy goat to chew down the blackberry out back. You want hard times, I’ll give you hard times, “we got a mortgage to pay, kids to feed, and a goddamn health insurance premium to pay.” Did I tell you Hoss is in his late 50’s perhaps early 60’s and he is getting picked apart, spleen, kidney, and high blood pressure by all those so-called benefit providers.

Gavin and Nancy want nothing to do with all this remake of the famous Oklahoma Dust Bowl times waiting dead ahead.

Same as the local shoot and ask questions later police departments the Department of Agriculture is not constituted to unknot this challenge.

I want to say this out loud, as loud, and as clear as can be. Ready… here we go. There are 44 million people in Oregon and California and no more than 2 thousand farms and ranches facing tough times up here. Not none, but not many farm and ranch operations have even half a mind to switch up how they’ve been doing things, won’t do it, no thank you, next question, would someone please strap that questioner to a Brama bull and call a ambulance.

I get that hard sweat and fool youth has been busting ass and raising hogs out here but we are in the midst of climate change and stubborn fools are plenty and level headed pragmatists are too few.

There are some plenty pissed off men and women fishing off the coast near the Klamath River that own boats, pay insurance, and are licensed to commercially catch salmon in years when there are any to be found. Like folk out east near Klamath Falls they have mortgages to pay, mouths to feed and lives to live. In our cowboy culture centric world order salmon fishermen are not nearly as coddled a culture as the spur booted Marlboro wranglers of yesteryear.

More and more of what grows in Monterey County is on drip irrigation. Let’s take that to be a sign of enlightenment. Up in the Klamath Basin most farmers are going to need to receive subsidies to reconfigure their operations. Alfalfa and haying operations need to transition to growing crops destined for our kitchen tables. They’ll need many more people to help and those people will come from south of our border, and let’s call them out for who they are, they are human beings. Price supports from the Department of Agriculture will incentivize farmers to produce less water intensive commodities and will allow more land to remain in production. Obsolete equipment will be sold for a profit to growers in more water abundant regions of our nation.

Everywhere I stick my nose and poke around it takes all of two seconds to see how arcane and twisted up our agricultural system has become. Remembering that Cargill and Archer Daniels Midland are colossus and humongous tyrants and cause untold political misery in Washington and have a lot to do with why legislation never moves.

Now we know for certain that the once reliable snowpack in the Sierras is now a one night stand and she’s never going to take a call from you again. Now we know water intensive crops need to be relocated to wetter regions of our nation. Now we know we need to eat our nuts, fruits and vegetables if we want to not all look like some two legged version of the Goodyear blimp. Now we know that water scarcity is radicalizing rural farmers ready to throw democracy out with the bath water if they don’t get their way. We get it, we see it, we know it. Policy has got to catch up to these cowboys before we have to saddle up and send a posse out to bring them in back into a more sane and wholesome world.

Once more it needs to be said. We are in a climate emergency and that means change, and the change we need is the painful changes our farmers with our generous support need to make. Remember if this works out we will all be eating better, living longer, thinner and trimmer, sexier and happier, all of us dancing until all those happy cows we no longer have to slaughter greet us at sunrise as we make it home after a grand night on the town that we really don’t want to talk about.