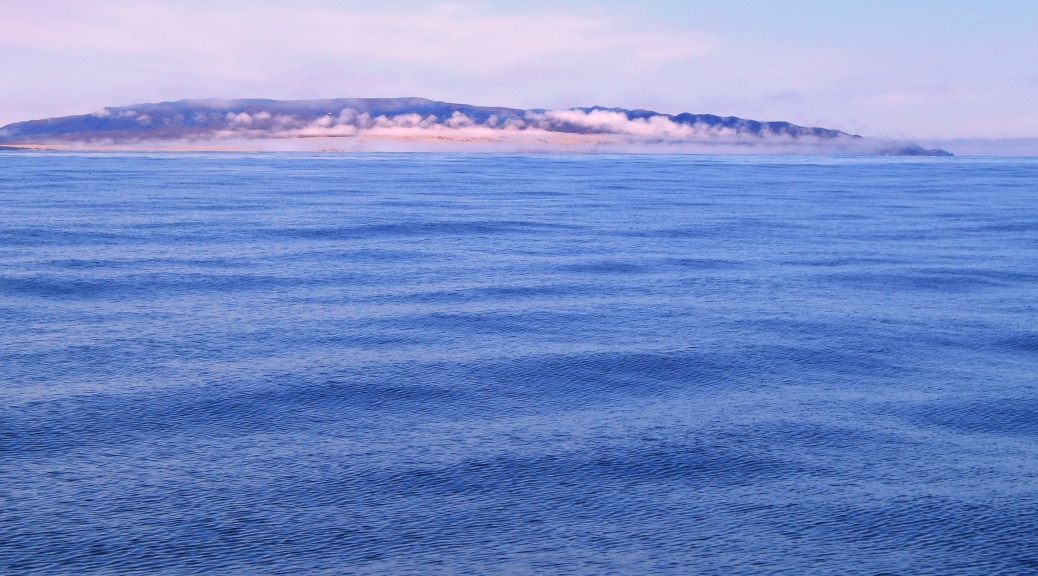 Coffee, always hot black coffee. No cream and no sugar, no thank you. Still even with a cup of fresh brew the skipper and crew were both bone tired. Anchor was hoisted at the top of the day. Deeper water was found as we dodged the kelp taking a course south and west . The jib was unfurled . We set course for Morro Bay twenty miles south.

Here would be our first chance to set foot back on land for more than just fuel. The harbor in Morro Bay would be the boat’s keeper. Her now worn crew needed to stand down. After two days we needed to tie the boat to a dock and once relieved of duty not consider for one second about the change of weather or state of the ocean’s surface. Shore side leave was the order of the day.

We docked at the Morro Bay Yacht Club. I dropped the radar reflector and hoisted the burgee of the Emeryville Yacht Club. Sweet Seas and crew were welcomed guests. We showered and shaved. Down the Embarcadero along the waterfront we took a stool at Windows on the Water. I drank one martini before and a glass of red wine with my fresh shucked oysters, garden salad and chunks of sliced bread. I was back aboard on my bunk and asleep before ten bells had sounded.

In the morning the ketch rigged vessel Spirit came alongside the pier. Her captain Tom Valery hailing from Ventura had come from a mooring ball to the dock to spend the day cleaning his 50’ Gulf Star. The one time Newport, Oregon native and musician now attended to an evolving set of new careers. The witty eyed sailor had plotted a post high pressure-high stakes musical career for the chance to go drifting from port to port in pursuit of his own next chapter.

There was a weekly Wednesday night barbecue at the club. Beef, turkey, salmon and veggie burgers were on offer. Six bucks got you all the fixings plus homemade side dishes whipped up by the clubs talented cooks. Conversation ran the gamut from dragging anchor to near misses in dense fog. The sailors with real sea time logged could not be worried about the inherent risks that come with going to sea. 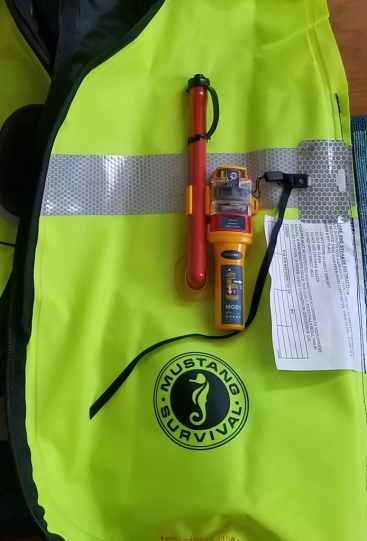 Skin in the Game

Seafarers understand the compact they’ve entered into. There is not much else to say. What choice does a mariner have? By my reckoning there are some risks in life that are best categorized as necessary. You stick your neck out because you’ll never live with yourself if you don’t. Rough weather is not much worse than a bad marriage, traffic citation or a beat up pickup truck with a broken starter. They’ll all make you cuss, drink whiskey and pile on more regret to the pile of mistakes you’ve already been carrying to this fated point in your life.

A yacht club is a collection of stalwart women and men who have some notion that a boat affords them a chance to take a chose shave with their life. There are all sorts of distracting dreams and destinations in the mix, but regardless of the aim or final port there remains the matter of surviving the getting there, even relishing that passage, making the voyage with skill and grace no matter the circumstances. Somewhere in the thing we know as sailing is a soul who needs to see an end to putting off the unavoidable.

Time spent ocean sailing over the course of my thirty-eight years has been low. Most of my sailing has been in protected waters. I’ve done enough time offshore to have seen plenty. This stint is my longest yet. We’ve arrived in Morro Bay having now logged two hundred miles. Now we are just more than halfway. By my count I’ll have near nine hundred sea miles under my sailboats keel by the time I arrive back at my home port. By that time I’ll have a more intimate view of what my boat and what parts of my insides I’ve not flushed out into the open prior to this challenge. Sailing the coast of California turns out to be both a beautiful and hard won task.